Learn about the exciting and rewarding work that we are doing in India.

Do what you love in a company that’s small enough for you to make a difference, yet big enough to support your ambitions. 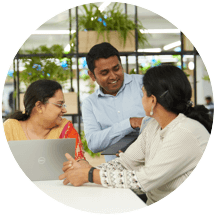 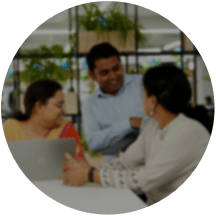 Build product and develop the next generation platform

Be at the center of the company’s cloud-based software innovation and develop our next generation infrastructure. Help shape the product roadmap and design end-to-end customer experiences. 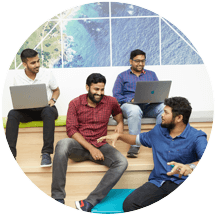 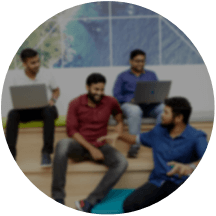 Have a global impact while remaining in India

Be part of a startup culture where a lot still needs to be defined. The company will challenge you like a tech startup should and give growth opportunities not available in mature tech companies. 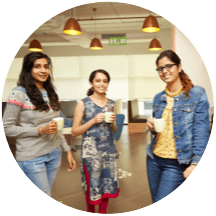 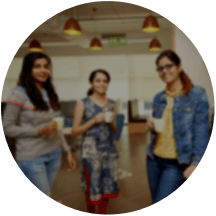 Join an organization that’s invested in your future and in India’s economic expansion and social well-being. EagleView is bullish on India and wants to be part of the country’s growth.

Get a glimpse of our workplace

We value our colleagues and demonstrate this through a comprehensive package of benefits.

We believe in building personal relationships, relationships based on our core values, values that touch everything we do.

We build trust through constructive, candid communication that serves the common good

As the Chief Executive Officer of EagleView, Rishi Daga leads a team of innovators based throughout North America. In his role as the leader of EagleView, Rishi is responsible for driving global growth, operations, strategy, and culture. Rishi previously served as the President of the company, and before that, the Executive Vice President of Commercial Sales. Since joining EagleView in 2008, he has helped the company expand from a small tech startup to a multimillion-dollar enterprise serving government agencies and customers in commercial sectors.

Rishi has more than 20 years of experience in the technology industry. Prior to joining EagleView, he held multiple senior executive positions across companies in the U.S. and Asia, including Webhelp, HyperQuality, and Reliance Industries. Rishi holds an MBA from IIT, Stuart School of Business.

As the Chief Technology Officer at EagleView, Ajai Sehgal brings 30 years of experience in imagery analysis as well as in leading the design and implementation of secure, globally scalable technology. Prior to joining EagleView, Ajai served as CTO/CIO for both London-based The Chemistry Group and Vancouver-based hyper-growth startup Hootsuite, leading Software Engineering, IT, Information Security, and Operations. Ajai was one of the founders of Expedia.com, where he spent 15 years. He is also a retired veteran of the Royal Canadian Air Force.

As Senior Vice President of Human Resources, Ruby is responsible for all human capital initiatives, including diversity and inclusion, talent management, organizational design, total rewards, and strategic corporate initiatives. She is dedicated to creating a company culture where top talent is empowered and inspired to do the best work of their lives. Before EagleView, Ruby held positions at RealNetworks, Weyerhaeuser, Federated Logistics, and Comcast Cable. Ruby holds an MBA from the Kelley School of Business at Indiana University as well as an MS in Global Management from the Thunderbird School of Global Management.

reports (scalable to 40,000) generated each day

to introduce measurements through aerial imagery

We are always looking to network with top talent. If you do not see an exact fit for a current role, email recruiting@eagleview.com with your resume. Sorry agencies, we prefer to reward our employees with generous referral bonuses so we are not responsible for any fees related to unsolicited resumes.